TCND: Three Types of Liars (Computer with the Soup) 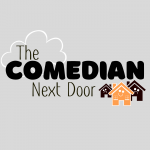 The Comedian Next Door
TCND: Three Types of Liars (Computer with the Soup)

Hi, Neighbor! The Peaches used to believe that every, single bad thing on the planet could be attributed to “selfishness.” (And she still leans that direction.) But NOW she thinks absolutely every conflict boils down to a clash between the Truth and a lie.

Lots and lots of people are really struggling to express themselves.  We give two examples of comments from John’s “critics.” But, they’re just collections of generic, angry-sounding words. To be a criticism, a thing needs to be clear and direct.

There are way too many empty words being thrown around.

Do you want some practice thinking and speaking more clearly? Try getting directions from a small child and then translating for him/her.

Speaking of small children talking in childish ways, here’s Silas to say a thing we don’t totally understand at first!

1. Immature/Ignorant people with limited ability to express themselves.

3. Smooth-talkers who want a certain reaction from you.

In order to make a joke, you have to manipulate language and strategically mislead people…but then you reveal the truth with the punch line.   Don’t leave people in the dark on purpose! And don’t say something you KNOW is only half-true, just to get the result you want. And don’t do the “compliment sandwich” thing just because a Sales Guy told you to do it.